How we see the stars is how we see ourselves. Every culture in history has told stories about the stars. According to these stories, the sky is filled with heroes, magical creatures, and gods who watch over us. For our ancestors, the sky reflected a larger harmony that ordered the heavens, all life, and human society. The discipline that studied this  harmony was cosmology.

Cosmology has become lost to the modern Western world. Cosmology included astronomy, astrology, metaphysics, and religion. While divination and personal consultation (what many people think of when they think of astrology) were undoubtedly the lowest, if most practical, aspect of the discipline, astrology in general was the lynchpin of cosmology. Astrology is the study of how the harmony of the heavens interacts with the earth, the study of where we belong in the cosmic order. 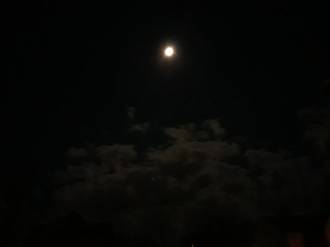 In the modern West, cosmology has become reduced to mere astronomy. Metaphysics and religion became stripped from cosmology as cosmologists found ways to safely practice in the Middle Ages under the watchful eyes of a Christian Church keen to purge the world of anything that remotely resembled paganism. Astrology and astronomy parted ways in the so-called “Enlightenment.” Astronomy became an accepted science, and astrology was relegated to the backwaters.

Yet, without religion, metaphysics, and astrology, all we have is the study of the mechanics of the physical universe. This has led to a widespread belief that this is all that there is.  How we view the stars is how we view ourselves, and we have learned to see ourselves as merely physical beings, just another animal on a remote planet.

Rather than an orderly cosmos, we now see a chaotic and dangerous universe, filled with hazards such as black holes, quasars, and pulsars. Rather than gods or heroes placed in the heavens, we see balls of gas that are born, explode, and collapse in a seemingly random fashion. Stars are given numbers rather than names and are classified by physical characteristics, such as brightness.

Yes, there is wonder to be found in the physical universe. There have been many reports of deep spiritual awakening coming from a study of the beauty and majesty of the heavenly bodies.  It would take a hardened person to be able to look at the night sky without awe and humility.

That being said, to me, the beauty and wonder of the physical universe pales in comparison to the magnificent Harmony of the Spheres that can be heard in the cycles within cycles that are revealed in astrology. Modern science textbooks teach that cosmology gave way to modern astronomy when great scientists “discovered” that the Traditional Model of the Cosmos was false, and that there was a larger universe outside of our Solar System. This teaching is based on a misunderstanding of what the Traditional Model of the Cosmos represents.

The Traditional Model of the Cosmos does not represent the physical Solar System, but the Higher Planes of existence. Our Solar System, and presumably any solar system, is a microcosm of the full cosmos, as is every human being. Our Solar System, and indeed, the entire universe that can be “discovered,” exists entirely on the “earthly” or sublunary plane. Modern science can not disprove the Traditional Model of the Cosmos, because the scope of modern science is limited to the physical plane of existence. Ironically, rather than expanding our horizons beyond the solar system, modern science has limited our horizons to that which we can measure and observe with our senses and our machines. It is little wonder that the universe has become such a chaotic place to the modern world.

Astrology, if understood in its true form, can be the antidote to this modern limitation. Astrology does not “work” because there are “rays” from the planets and stars controlling our lives. Astrology “works” because Solar System is a microcosm of the larger cosmos, as are we. Astrology is not an outdated discipline that was cast aside because we now “know better”; astrology, even in its current debilitated state, is one of the few remnants of a time in which the true nature of the cosmos was known and understood.

2 thoughts on “Our Stars, Our Selves”

I have made my YouTube debut and have started a new channel devoted to Essentialist Astrology. It is my intent that this channel will explain the core tenets of Essentialist Astrology and over time, will be a place where I can include demonstrations of how I incorporate these tenets in my own practice. My first […]

We are coming to the end of the Eclipse Season that we have been in since June 3, 2020. The season will end on July 8, 2020, and will include one last Lunar Eclipse on July 4 and 5, 2020. For an explanation of Eclipse Seasons, please read the article below: Eclipse Seasons and Saros […]