One of the fallacies of the Modern Era is the belief that the images and ideas that we expose ourselves to do not matter.  In a previous article, I talked about speech and thought.  The ideas addressed in this article relate to the broader subject of our Image Sphere. 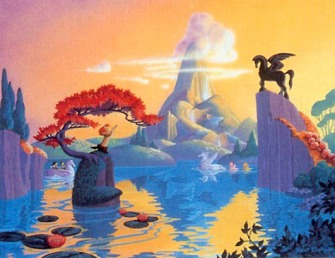 Our Image Sphere consists of the things we are exposed to.  What we see, what we read, what we hear, what we think, what we dream, what we imagine, all of these become a part of our Image Sphere.

In the West, we are taught that the only things that are “real” are those things that we can experience with our senses, with instruments that enhance our senses, or things that can be logically derived or inferred from sense data through reason.  This belief is an aberration of the post Enlightenment period in the West.  Metaphysically, the world we can experience with our senses is only a small portion of the entire cosmos, or the sublunary sphere.  Above that sphere is the Lunar Sphere.  For a more detailed explanation of the Traditional Model of the Cosmos, you can see a previous article I wrote on this subject here.

Our personal Image Spheres are part of the larger Lunary Sphere.  Also in the Lunary Sphere are all of the images that are created everywhere in the world.  When you think about all of the material that is currently on television and the Internet, it is a rather frightening thought.  Ever since the mid-1960s, starting with the West and spreading Eastward, society has entered into a downward spiral, or a Tamasic Guna.  In some Deanic and Filianic groups, this is known as the Eclipse.  In the Eclipse, the collective Image Sphere we are exposed to has become poisonous.  The three main poisons, atomization, deracination, and deformation are discussed in detail here.  Atomization is the severing from the community and other people, or rampant individualism.  Deracination is severing from tradition or our roots.  Deformation is the inversion of values or the creation of deliberately ugly or disturbing images.  The term deracination can also be used to refer to all three poisons collectively.  We are exposed to these poisons on a constant basis all of the time, in the clothing people wear, in what we watch on television, in what we are exposed to on the Internet, and in almost everything we do.

Modern people are generally very careful about what they put into their mouths.  They will not normally pick up any interesting edible thing from the street and swallow it; but no similar caution is exercised over what they put into their minds, and indeed, the concept of mental hygiene is one that takes a considerable adjustment in our whole way of thinking.  Everything in a Tamasic world is strongly against it.  Everything encourages us to think that we can see, hear, and mentally ingest anything without any particular consequences; and that we should, therefore, make a practice of mentally ingesting whatever comes our way.

The reader may think that I am talking about the usual complaints about the media, too much violence, swearing, or s*xual content.  Those are problems to be sure, but those are just the tip of the iceberg.  Just as problematic, if not more so, are the clothing, manners, and general demeanor shown.  We live in a world of 24-hour news cycles, with stations like Fox News and MSNBC poisoning us with and fueling the constant political conflict in the United States.  Even those shows that seem wholesome, like children’s media, portray a world that is dangerous, where innocence is punished and where those in authority are not to be trusted.  Indeed, media is criticized if it too nice, lacks conflict, or does not show enough moral ambiguity.   There is a very interesting article on this subject, Guilty Pleasures and Conscience Inversion.

The reader may be thinking that the solution is to do political action to change the media.  Indeed, there are many groups from the Far Right to the Far Left, and every group in between, working to influence the media.  As an aside, the attention paid to the media by these groups belies the idea that what we see does not matter.  If it did not matter, there would not be so much strife and political action surrounding the subject.  The problem with political action though, is that political action is in itself poisonous.  It embroils us in the world of overbalanced conflict and strife.  Nothing in this article or in my philosophy would dispute with those who feel moved or called in the direction of social change; however, this is not necessary to clean up our own Image Spheres and is likely counter-productive to our goal. 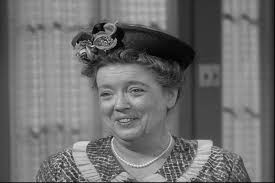 Cleaning our own Image Spheres does make a difference.  Every person is a microcosm of the cosmos, and our own personal Image Spheres impact the larger Lunary Sphere.  A simple way of cleaning our Image Spheres is to carefully consider the media we ingest, what we read, what we watch, and what we link to on the Internet.   In The Feminine Universe, Miss Trent suggests both avoiding poisonous media and purposefully ingesting positive media.  Miss Trent suggests media from the Rajastic Period immediately preceding the Eclipse, or prior to the mid-1960s.  Another more recent place to find good, healthy media is from Japan.  One still must be careful, particularly with modern Japanese media, in that there is heavy Tamasic Western infiltration into Japanese media; however, there is still wonderful media to be found, if one is careful.

One of the advantages of recent times is the availability of the Internet, which gives us access to wonderful, good, healthy media if we take the time to find it.  With Netflix and online streaming, one can have relative freedom from the shows that are currently made on television and cable. 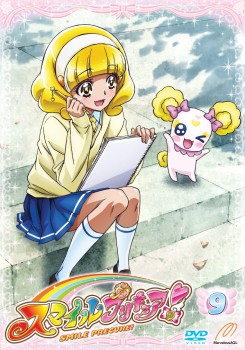 Miss Trent warns though, that it is not enough to ingest good media and to avoid bad media to cleanse our Image Spheres.  We must do so with understanding.  For example, one can watch a 1950’s show and think of it as an “old movie,” which has nothing to do with our modern world.  One can watch Anime in the Magic Girls genre and think that it is all just fluff.  In either case, these shows will do little to change our Image Spheres.  It is necessary to watch them with understanding and with an intent to absorb the wonderful examples of femininity, beauty, innocence, and a clear sense of right and wrong.  We can also watch them for the way people dress, behave, and look at the world.

When I was first taking the journey of cleansing my personal Image Sphere, I lamented at giving up favorite television shows.  A wise person suggested not worrying about giving up anything, but to start with ingesting healthier media.  I found as I began ingesting healthier media, my taste for unhealthy media started to fade.  I still occasionally watch a modern cooking show or two with my spouse, but I have found that there is very little in modern media that I can tolerate anymore.

In addition to cleansing our personal Image Spheres, we can also pay attention to what we are putting out in the communal Image Sphere.  With the many available forms of social media, including blogging, the Image Sphere has become democratized to a large extent.  While we may not be able to control what others put on the Internet, we can be careful of what we put on it.  We can avoid foul language and ugly and disturbing images and instead write with polite language and share beautiful and lovely images.

For further mediation on this subject, I will end this article with words from feminine Scripture:

Thoughts of the mind pass not away, nor vanish into air.

For every thought is a builder in the subtle world that lies about you.

Thoughts of beauty and of things of the Spirit refine and purify the soul, making her fair to look upon and graceful in her movements,

Uniting her with the universal music of eternity and gathering about her the servants of the Janyati.

My children, I speak not in pictures, for truly these things are; and to be seen by all whose eyes may pierce the veil of illusion.

What maiden, receiving of her mother a fine and well made house of well-wrought oak and stone and furnished by the skilful hand of love, will break the walls and furnishings, pour filthy waters into every place and bring swine to dwell in the most splendid chambers?

Will she not rather bring new things of beauty and precious works of love to add to those that lie already there?

Will she not keep away all dirt and defilement and protect it from all harm?

One thought on “The Image Sphere”

I have made my YouTube debut and have started a new channel devoted to Essentialist Astrology. It is my intent that this channel will explain the core tenets of Essentialist Astrology and over time, will be a place where I can include demonstrations of how I incorporate these tenets in my own practice. My first […]

We are coming to the end of the Eclipse Season that we have been in since June 3, 2020. The season will end on July 8, 2020, and will include one last Lunar Eclipse on July 4 and 5, 2020. For an explanation of Eclipse Seasons, please read the article below: Eclipse Seasons and Saros […]